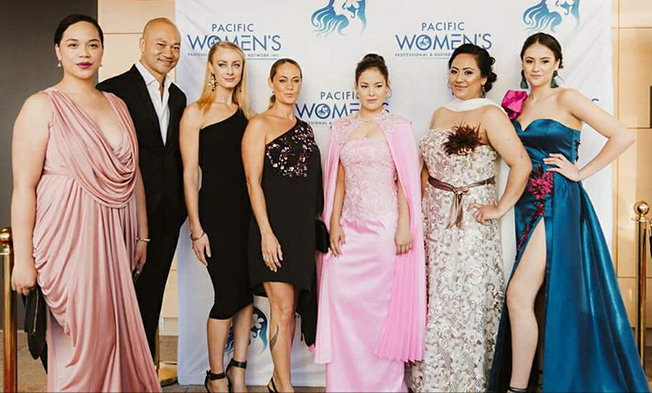 The paint and the brush came together and illustrated a beautiful picture called the Oceania Women Opera, with recurring strokes of faith, heritage and music. Donina Va’a, Project Director/Lead Executive Pacific Women’s Professional Business Network INC and Maestro Iglese Ete, an esteemed composer, the said paint and brush, were the geniuses behind showcase on 30th November, held at the Chatswood Concourse. Amongst the bumbling audience were the Crown Group, which are the event’s primary sponsors, Lindt, Cerrone, Bite Size and Crunch Fitness.

The Oceania Women’s Opera is a tribute to two important academics, the late Professor Epeli Hau’ofa and the late Teresia Teaiwa, whose research in Pacific Islander culture is ground-breaking.

An extension of Donina’s initiative, the Pacific Women’s Professional Business Network, which connects likeminded Pacific Islander women, in turn, strengthening diversity within any professional field. On the night, the opera sensations, Oceania Women Trio, comprised of Ana Fifita-Otai, Ani Lewaniu and Lealoosina Samuels, who were all esteemed and well-trained opera singers graced their presence and enchanted the audience with angelic voices.

When asking Ana Fifita-Otai, the lead singer of the Oceania Woman trio, who studied at Sydney Music Conservatorium, how she prepared for singing an aria, she thought it was a rather fazing.

“Not only does it requires vocal and musical preparation, but the attention to character and physicality are as equally important. Research materials synopsis, biographies of composers, and historical books for a period are what I look into when I am preparing.”

Also the guest artist, Isabella Moore who is a New Zealand born soprano who recently graduated with a post-graduate diploma in Voice at the San Francisco Conservatory of Music. Her dad, John Moore stated that she was very involved in choir and spent her time in the music department a lot.

“She used often stop and admire the portraits of these two famous ladies, and it’s sometime over those moments that she visualised/solidified what she wanted to do with her life.”

Regarding Isabella’s life mission, she wants to make opera her solo career.

“It is my dream to establish an international career in opera. It is my goal to one day be singing on the main-stage of opera houses around the world and by doing so, be representing my family, my country and my Pacific roots with pride.”

Hosted by Priscilla Sedgwick, who was the fun-loving MC welcomes everyone on the night. She spoke with an immense eloquence when informing the audience what is next on the agenda. The show acknowledges the indigenous people of the land. As the event proceeded, there was a medley of classical opera such as “Summertime,” Habanera”, “O mio Fernado”, “Granada”, “Willow Song & Ave Maria Combo,” as expected was sung in poise by the respected opera singers. Each note was gracefully reached and sounded as if they were angels sent from the heavens, blessing the audience with their voices.

The second-half the showcase composed a marvellous musical production, “Ocean is Us”, produced by Donina Va’a and conducted by Maestro Tuilagi Iglese Ete. The production was about three women who are of Samoa, Tongan and Fujian heritage, set sail across the horizons and seek opportunities away from their homeland. No matter where these women were, the crux of their Pacific Islander identity is deep- seeded within them. Each three of the main character sung in an operatic style in their native Polynesian tongue, which was refreshing, as opera is traditionally sung in European languages.

A notable mention is a choreography by Letilla Mitchell and Rako Pasefika, which incorporated traditional Polynesian dances, which mesmerised the audience. Fun fact:  The production was put together over a period of two weeks, with only eight rehearsals!

Much of the operatic production is a metaphor for the lingering diaspora and struggles that Pacific Islander faces when reaching a heterogeneous, multicultural society such as Australia, America, New Zealand or England.

As Priscilla explained in a nutshell;

“Igelese with the music and Donina with the concept stayed true to the operatic form by depicting the drama, passion and colour of the Pacific Islands with subjects such as climate change and being lost in the sea, trying to get back it’s to your roots.”

The reaction of the production was a heartfelt and overwhelming response, as the production, resonated with the genuine message of sacrifice. Interestingly enough, as stoic as the men can be in the audience, the production actually moved them into tears and tissues were taken out. As the grand finale came to a halt with closing song, “Ocean is Us”, there was a standing ovation.

Congratulations Donina and Iglese, the paint and the brush for cultivating such a beautiful masterpiece of love, faith and diversity.  May your future endeavours be as successful as the next one.

Afterthought from key performers and the crew

“What a privilege and pleasure to be involved. Congratulations to Nina Va’a for your dreaming and vision and sheer determination, hard work and brilliant masterminding!” – Sina Wendt Moore, CEO NZ Leadership and mother of Isabella Moore.

“The passion and pride towards culture and the fierce connection to land or ocean, in particular, was something that moved me to tears as an Aboriginal woman.” – Georgia Dianne, Aboriginal songstress, when asked about the production.

“Ocean is us” is more than just salt water. It represents pain, struggle, sacrifice, love and success evolved from our ancestors.” – Ana Fifita-Otai, describing the production, Ocean is Us.

An aspiring journalist who has a flair for story-telling. I would describe myself as a fleeting entity who struggling to survive in chaotically organised mess . ( Yeah, I'm pretty pretentious.) View all posts by Jenny